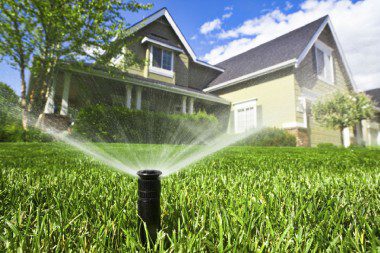 Denver’s unusually dry December has caused compacted soil in parks. Here’s what the city is doing to prevent long-term damage.

Denver has had one of the driest, not to mention warmest, Decembers on record, causing many of the city’s parks and lawns to stay green. Usually, once the temperatures start to decrease, the grasses turn brown and go dormant for the winter season, but that’s not the case this year.

9NEWS recently reported that the city has gone more than two months without measurable (defined as more than 1/10 of an inch) rain or snowfall. The lack of moisture is wreaking havoc on Denver’s city parks and trees, so much so, that the parks department turned the irrigation system back on, something that doesn’t occur until the weather breaks in March or April.

According to the 9NEWS article, the lack of rain and snow has led to soil compaction for many parts of Civic Center Park, so parks employees tried to aerate the area so oxygen could penetrate into the tree roots. But the ground was so dry, aeration wasn’t possible. Because they couldn’t loosen the soil, 9NEWS reported that Scott Gilmore, Deputy Executive Director of Parks for the City and County of Denver, requested that the city turn on the park’s irrigation system. For about a week, they’ve been watering the park daily. The streak came to an end on Dec. 14, when Denver International Airport reported .4 inches of snow. But even so, the city usually gets an average of 22.5 inches in the month of December alone, 9NEWS reported.

Compacted soil, which in this case is the result of plenty of foot traffic and unusually dry conditions, can suffocate grass and trees by preventing water and oxygen from reaching the roots. The city needed to deal with the issue immediately, or it would have been left with dead greenery throughout the park.

This issue is the perfect illustration of how professional lawncare specialists can protect your lawn from hazards you may not even consider. Why would a homeowner think unseasonably warm and dry air would pose any sort of threat to their lawn? But an expert at Fit Turf would be able to tell you right away the problems warm temperatures could cause and the best ways to prevent them.

While weather conditions will continue to fluctuate during the winter season, one thing we know for sure is that the days are getting longer. In fact, we gain a total of around 45 minutes of daylight by the end of January and more than an hour by the end of February, so get ready to welcome the sunshine. But how will the longer days affect your lawn?

Like most plants, grass produces its food through photosynthesis, a process that requires sunlight, water and carbon dioxide. As the days become longer, more sunlight is available for photosynthesis, which helps the grass to grow stronger and faster as we head into spring.

Fit Turf offers a full line of lawn care and tree services to help you maintain a healthy yard no matter what the temperature. Whether you’re looking for a comprehensive program where we take care everything, or you need to troubleshoot issues like weeds or pests, contact our experienced professionals today.