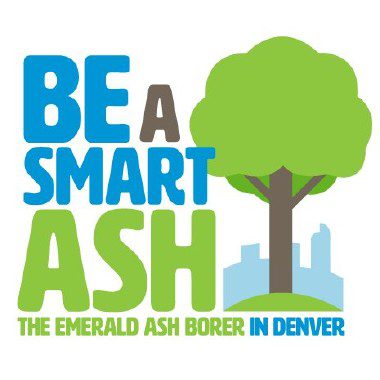 Now is the time to protect your elm trees from the emerald ash borer (EAB), an invasive species that is almost 100 percent fatal to trees. Visit FitTurf.com blog for more information about the EAB and learn how you can fight back.

Since it was first discovered in the early 2000s in Michigan, the emerald ash borer beetle (EAB) has gone on to destroy millions of ash trees in the continental United States. It has been found in most of the Northeast and has spread as far as Colorado. If you have ash trees on your property, now is the time to contact Fit Turf for our proven emerald ash borer prevention tree service. Although it is too late for Michigan, Colorado still has the opportunity to protect their ash trees from this 100 percent fatal species.

The EAB is an invasive species of beetle that made its way into North America via lumber shipments from Asia. Ash trees in Asia evolved with this small, shiny green beetle and developed natural ways to protect themselves from this dangerous species. Now, emerald ash borers in Asia only successfully attack sick, stressed or dying trees. This is not the case in North America: Because this is a new species, our ash trees have not had the millions of years to develop their defenses to ward off these beetles. The emerald ash borer beetle has no natural enemies in North America. This has resulted in the death of millions upon millions of native North American ash trees.

The Importance of Ash Trees

Why are ash trees so important? Other than the commonly understood ways that trees are important to our natural ecology and environment, ash trees are known as a “riparian” species. This means that they grow along streams, wetlands and rivers, performing the important function of filtering out sediment and pollutants from the waters near which they reside.

An early ash tree emerald ash borer beetle infestation is difficult to recognize; the signs and symptoms of an infestation may not appear until it is too late to save the ash tree. One of the first signs of an infestation may be increased woodpecker activity. Signs of an older infection are more noticeable, like dying branches back in the upper crown and vertical bark slips. S-shaped tunnels under the bark may also be noticeable, as well as the characteristic D-shaped hole left by the adult EAB when it exits the tree’s trunk after it completes the pupae stage of its life cycle.

The actual damage to the ash tree is done by the emerald ash borer’s larvae, which feed on the inner bark — or the “cambium” of the tree — and interrupts the transport of water and nutrients.

This invasive species has affected the urban forests in the United States and has caused irreparable damage to our country’s native ash community. In the two decades since it has been identified in North America, the emerald ash borer has continued to wreak havoc on ash trees across the country.

There is still time to save Colorado ash trees. Fit Turf’s proven Mauget® Imicide® emerald ash borer prevention treatment program is effective on all ash trees and can help stop the spread of the emerald ash borer.

Fit Turf’s expert technicians can discuss your options with you. Contact us today to learn more about how you can fight back against the destruction of the emerald ash borer in Colorado.